On May 20th, the field trials coordinated by the Forest Fire Studies Centre of ADAI took place in Windfarm of Vila Nova, in the Municipality of Miranda do Corvo and District of Coimbra (Portugal).

The Eye in the Sky project was part of the organisation of these trials, which were attended by around 80 researchers from various national research units, and were supported by three firefighter crews and three sapper crews.

The fire experiments were carried out on 10 plots in the Lousã Mountain, within the scope of several national and international projects related with wildfires in topics like the use of unmanned aerial means for fire characterisation, automatic suppression means on the ground and in the air, house protection systems, analysis of fire interference in the communication network, smoke emission and dispersion analysis, fire georeferencing systems using mobile phones, analysis of the extreme fire behaviour and impact of fire on gas containers, among other topics.

In these trials, the Eye in the Sky project captured aerial images of the various fires carried out with the aim of developing fire detection and monitoring capabilities. 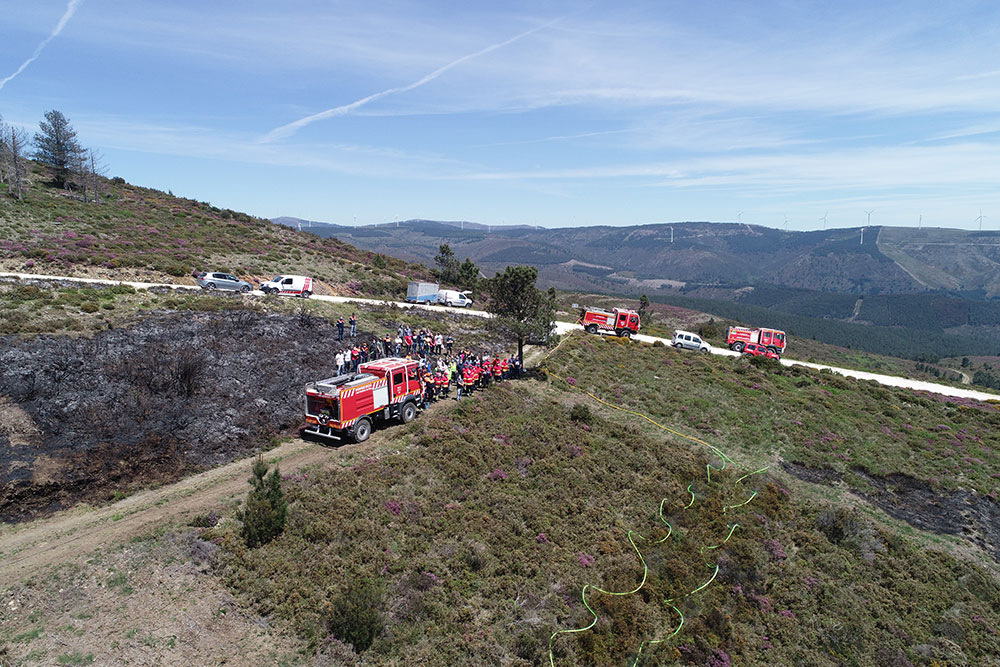 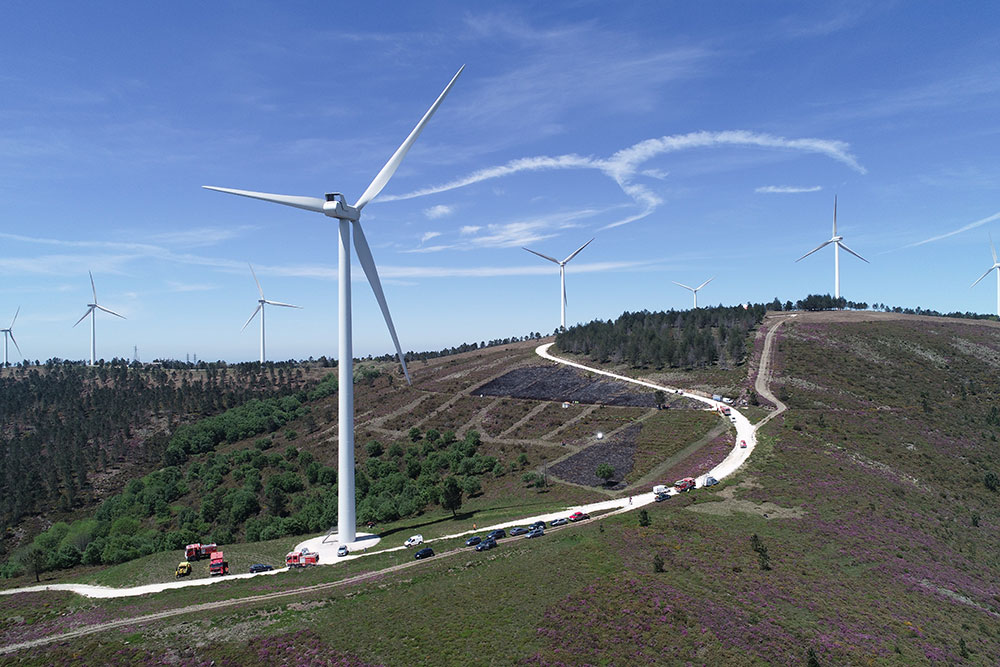 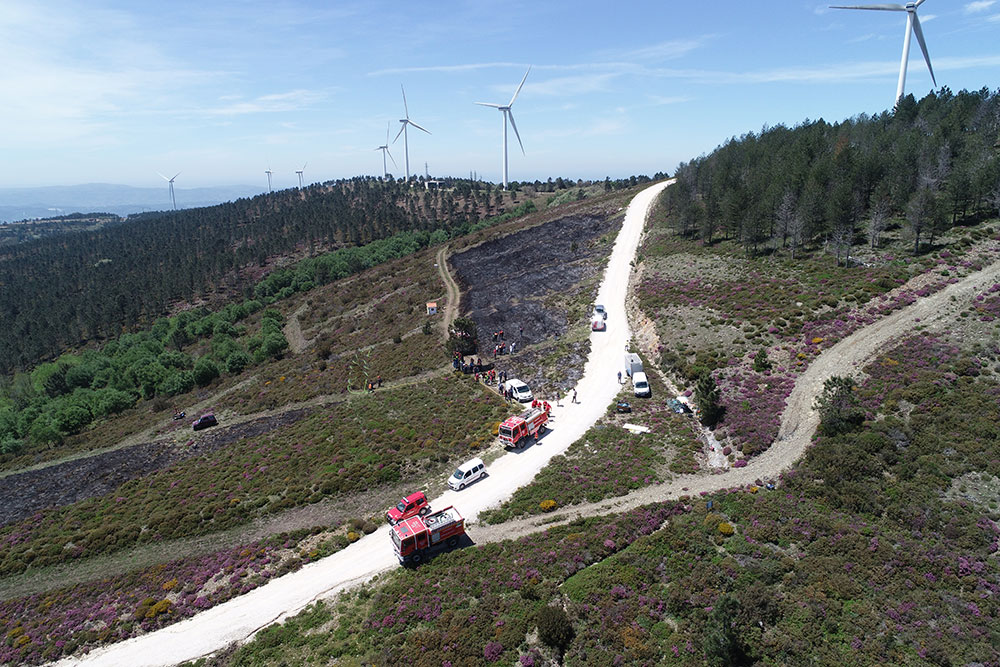 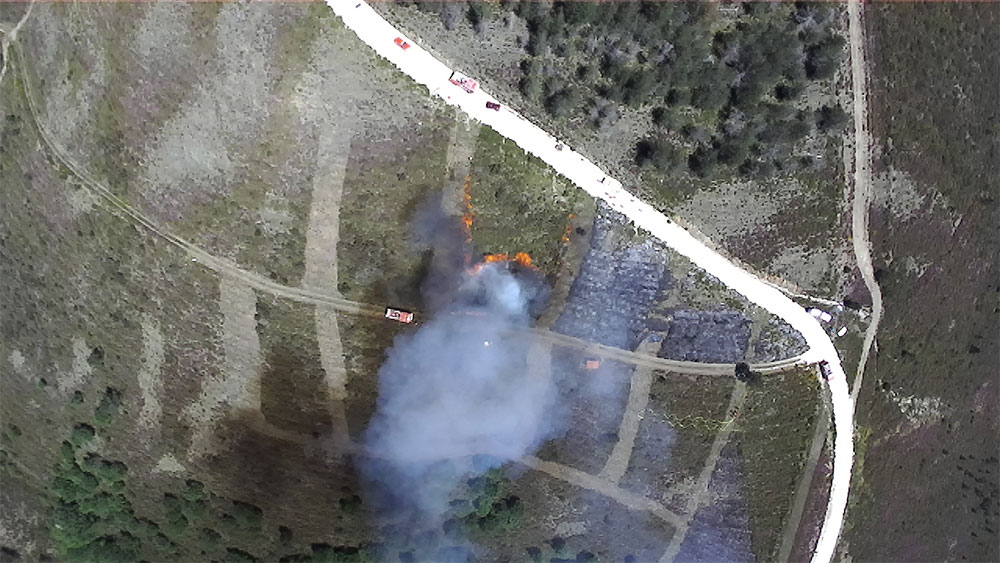 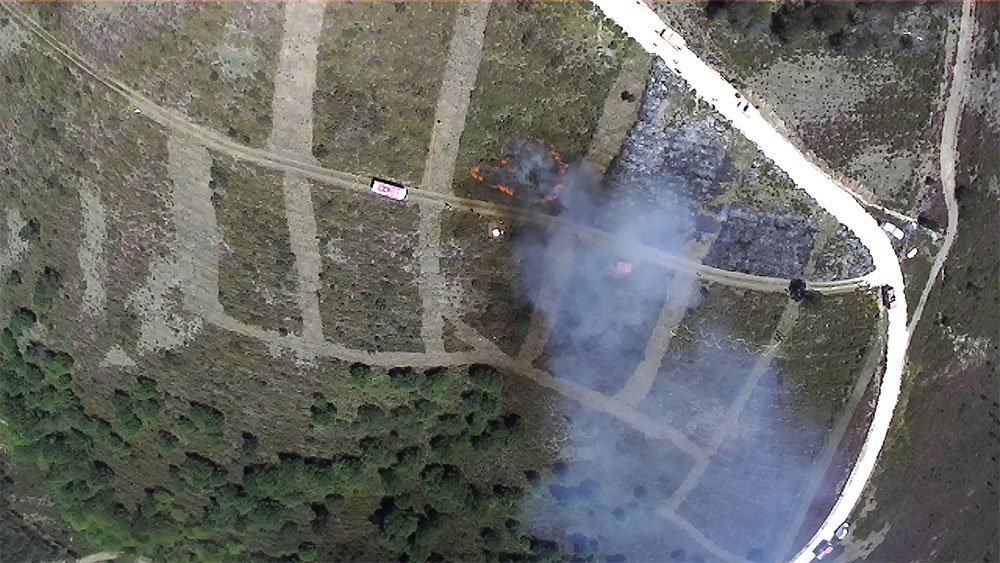 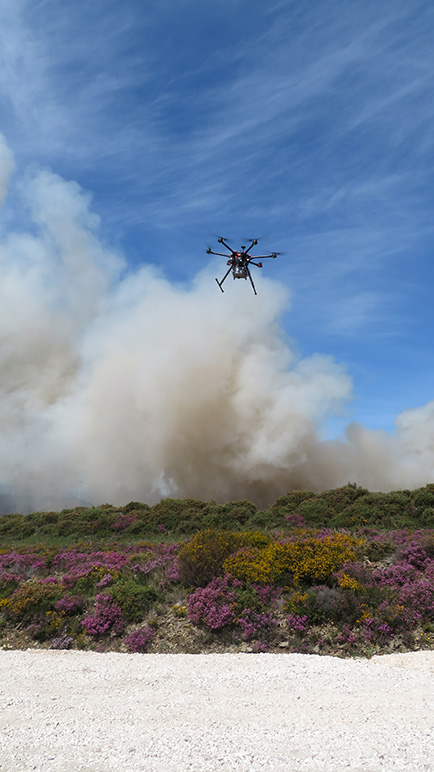 The 2nd Workshop – Scientific Research and Technological Development Projects on Forest Fire Prevention and Fire Fighting was held in three sessions on 30 April, 7 May and 14 May, 2021.

In the scope of this event, on the 07th May, the Principal Investigator Alexandra Moutinho made a presentation of the main developments obtained in the Eye in the Sky project until the date of the presentation.

The video of this session is available here. The mentioned presentation can be found between 25:46s and 39:56s. 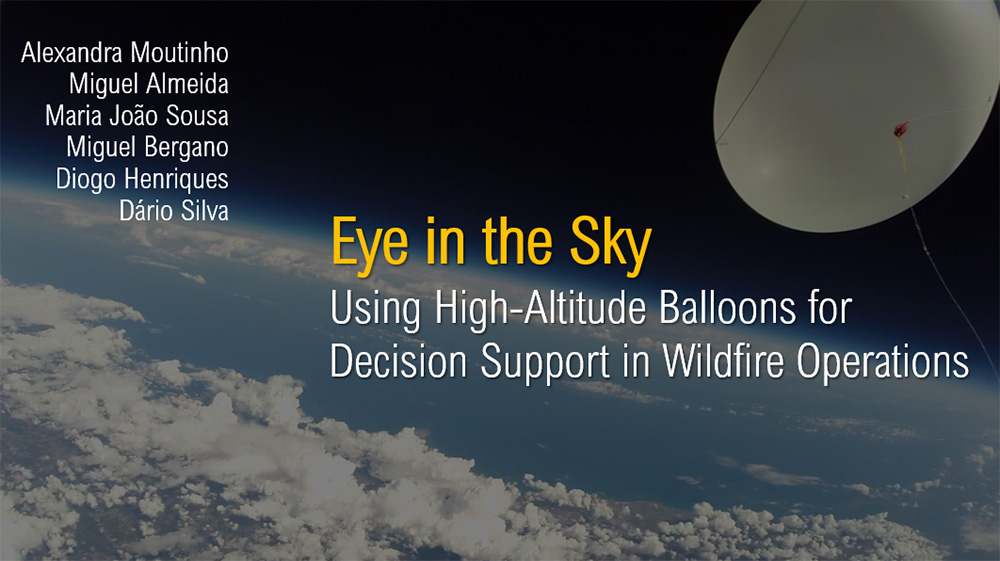 On 15 May 2021, the magazine “Portugal em Destaque” of the weekly newspaper “Sol” reported the Eye in the Sky Project as one of the projects that places ADAI at the “forefront of research in wildfire prevention and firefighting “.

This news resulted from the partial transcription of an interview with the Project’s Co-Principal Investigator.

This news can be consulted here (page 45) [in Portuguese].

The results of these tests will be made available in the near future. 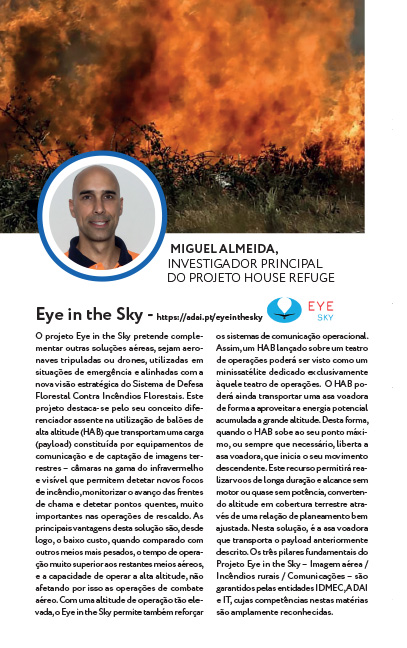